Here, Mr and Ms Merica, is your tax dollars ‘hard at work’, in reality!
Read it and weep!

The Cop Is On the Take

The wealthy and powerful lunatics, in Merica and the West, are running the asylum this world has become, thanks to them: US Terrorists Working Hard to Start World War 3 By TNT This video exposes the US government's warmongering lies and its obvious provocations around the world. Who benefits from all of this manufactured conflict? … END_OF_DOCUMENT_TOKEN_TO_BE_REPLACED

Boys and girls, can you say, Hypocritical, Bullshit Scam Artists?

By Scott Kennedy
April 2, 2015
News For the Revolution 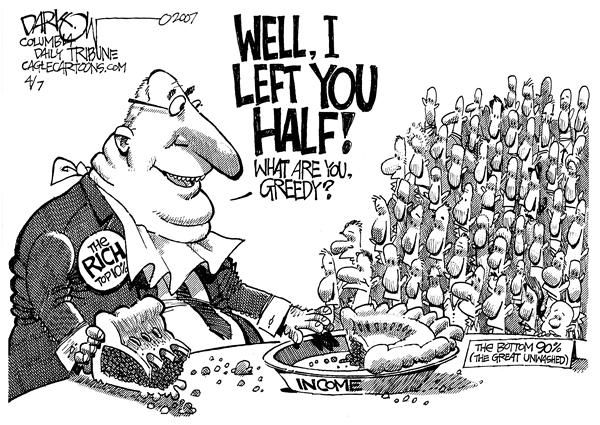 Yet another benevolent member of the financial elite is pledging to give away their fortune. Apple CEO, Tim Cook, worth an estimated $785 million, will be donating his lucre to charity, stating “You want to be the pebble in the pond that creates the ripples for change.”

A boot-licking Reuters article referred to Cook’s promised bequest as “an example of the increasingly public philanthropy of the world’s richest people.”

This growing trend of “philanthropy” amongst the plutocratic class can be traced to the “Giving Pledge,” started by Warren Buffet, which, according to its website, was initiated as “an effort to help address society’s most pressing problems by inviting the world’s wealthiest individuals and families to commit to giving more than half of their wealth to philanthropy or charitable causes either during their lifetime or in…

If you think of your self as a free thinking nonconformist, then the following article may be of interest: Nonconformity and Freethinking Now Considered Mental Illnesses Is nonconformity and freethinking a mental illness? According to the newest addition of the DSM-IV (Diagnostic and Statistical Manual of Mental Disorders), it certainly is. The manual identifies a … END_OF_DOCUMENT_TOKEN_TO_BE_REPLACED

What a giving and compassionate country Merica is, or at least that's what the government/corporate propagandists would have the world believe. But the following article exposes the real Merica: Ohio Town Declares War on Charity, Man Found Guilty of Helping the Needy Justin King Activist Post What started as just another ordinance in the war … END_OF_DOCUMENT_TOKEN_TO_BE_REPLACED