If you can read this article and still remain faithful to this government, then I would have to question your sanity. And much of this I have known for years and written about.

‘We the people’ can no longer afford to trust this government in any way, shape or form. And it will not get better after the next election! It will continue just the way it has since its inception!

Why Citizens Should be Concerned

By Joachim Hagopian
May 14, 2015
Global Research

Is it any wonder that fewer people these days are willing to trust the US federal government or their American leader President Obama? The citizen furor over the highly controversial Jade Helm 15 military operation scheduled for two months this summer (July 15-September 15) in all four US Border States with Mexico plus Utah and Nevada is well grounded. Despite mainstream media and war mongers like Senator John McCain mocking and ridiculing those behind the ongoing uproar as mere paranoid conspiracy nutcases, a closer look at the nonstop lies flowing out of Washington provides every justifiable reason for Americans’ suspicion that the feds are up to no good in the Southwest. Many US citizens have come to recognize that their civil liberties and constitutional rights since 9/11 have completely vanished under the ever-darkening cloud of tyranny usurped…

For those suffering because they can’t afford to feed themselves or their families, properly, and who trust their doctors and the medicines prescribed to them, I encourage you to read this article and watch the video.

I am also adding two sites I encourage you to visit. Both of these sites were given me by the author of this post:

In brief, Origins is a film about saving the planet by improving your diet and lifestyle. The filmmakers assert that a healthier diet will enable people to think more clearly about the imminent crises confronting civilization. While I totally disagree with the premise – I don’t believe real change is possible without confronting corporate corruption and growing inequality – I liked the film. It offers the clearest explanation yet of the fundamental role of the microbiome* in human health and the rhizophere** in plant health.

Western medicine, as currently practiced, has become totally obsolete owing to its inability to view the human body as a holistic integrated unit. The end result is that roughly half of us are in really poor health. While I disagree with the premise of the film, I’m willing to concede that many of us aren’t healthy or fit enough to…

For all of you ‘god fearing, family worshiping’ folk out there, here is an article you might want to read and contemplate, deeply! 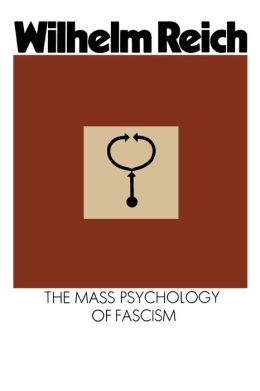 Why do people vote against their own economic interests? Why do people willingly support authoritarian governments? Why would a virtual pauper vote for a candidate who wants to dismantle the “liberal” safety net? A candidate who calls him a “moocher”, a “taker”, a “welfare queen”? Why would a woman vote for a candidate who opposes her access to contraception let alone her right to choose?  Who practically calls her a slut?  Who insists on sticking the government’s nose in his or her private life and bedroom? Why do about half of the 99% support those pauperizing America? Why don’t people revolt?

Classical orthodox Marxism states that the “workers”, those who have nothing to sell but their labor, who have maybe saved two weeks worth of salary, who are “wage slaves” should rationally vote for the left.  Marxism believes such people are it’s natural constituents.

Yet tens of millions…

As we approach another presidential election year, I want to point out, to those still ignorant and blind enough to partake of this corrupt, evil political system, that the left, middle and right factions are all one and the same (The Unholy Trinity): all three have the same elite-swine bosses, all three have their 'left', … END_OF_DOCUMENT_TOKEN_TO_BE_REPLACED

Image: Dees Illustration And the elite-swine tyranny continues unabated: Police Abduct 10 Children From A Family In Kentucky Because Of Their ‘Off The Grid’ Lifestyle By Michael Snyder If the government does not like the way that you are raising your kids, they will come in and grab them at any time without giving any … END_OF_DOCUMENT_TOKEN_TO_BE_REPLACED