Morris demolishes the image of Bill and Hillary as liberals or conservatives. In a review of his book, The Sunday Telegraph writes the Clintons “have no conviction, no ideology, no guiding purpose. Driven by raw ambition, they will make any compromise necessary to advance their interests.”

“In the spring of 1971, I met a girl,” he began, and then for the next 42 minutes Clinton waltzed through a storybook portrayal of his marriage to Hillary Rodham Clinton.

The Associated Press writes the goal of the story

…was to make Clinton, perhaps the most famous female politician in the world, yet a public figure her aides claim remains unknown, unrelatable to voters. He cast her as a liberal heroine of her own story, who fought for education reform, health care, civil rights, the disabled, 9/11 first responders and economically depressed rural areas.

The reality is something else entirely.

The Clintons Sabotaged Progressives They Claim to Support

Bill Clinton was a low-level CIA operative in the 1960s and Hillary Rodham a supporter of Barry Goldwater.

During an NPR interview in 1996, Clinton told Scott Simon her political beliefs were “rooted in the conservatism that I was raised with”…

* Dear reader, the translation from the official sources may not be 100% exact . The suspension of Human Rights and Freedom of speech for the Opposition in Turkey is commonplace after the failed co… Source: Turkey and the post-coup era: Turkey is taking a big step backwards in Freedom of Speech and Human Rights … END_OF_DOCUMENT_TOKEN_TO_BE_REPLACED

Image: http://www.thedailysheeple.com "Law and order" only exists to maintain control of you and me. The elite and their "elected" stooges and storm-troopers can commit any heinous act they so choose, when they choose, and how they choose, and never pay a penalty for their criminal actions. The law is not blind, it is wide-eyed and … END_OF_DOCUMENT_TOKEN_TO_BE_REPLACED

Image: imgur.com Biden, the field rat that roared: Biden then boasted of America’s “unparalleled” military strength: “We continue to outpace our competitors, spending more on our overall defence than the next eight nations of the world combined. We have the most capable ground forces in the world, an unmatched ability to project naval and air … END_OF_DOCUMENT_TOKEN_TO_BE_REPLACED

Remember that according to quantum theory there are no coincidences.

These creepy pictures were made before the horrific event. 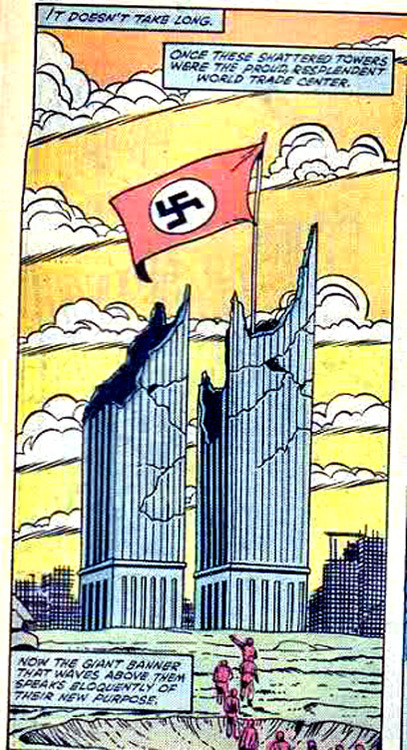 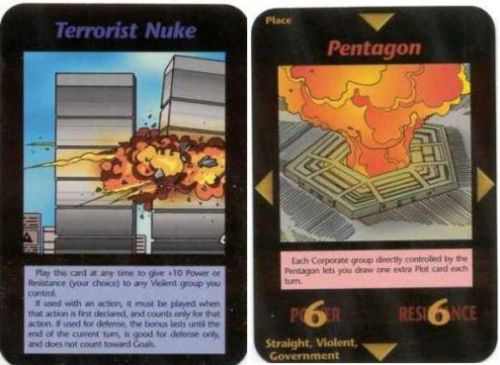 “In 1990, Steve Jackson was a role playing inventor. He wanted to create a game called “Illuminati New World Order” game or INWO for short. His cards showed so much information that relates to our time and beyond that Secret Service agents went to his home. They did this in March 1, 1990. They seized his property without a warrant to gain computers, etc. Jackson was accused of hacking, which was false. In court, Steve Jackson won the case being awarded $50,000 plus $250,000 attorney’s fees. The cards show an interesting story about how the real elite use wars, panics, and other…