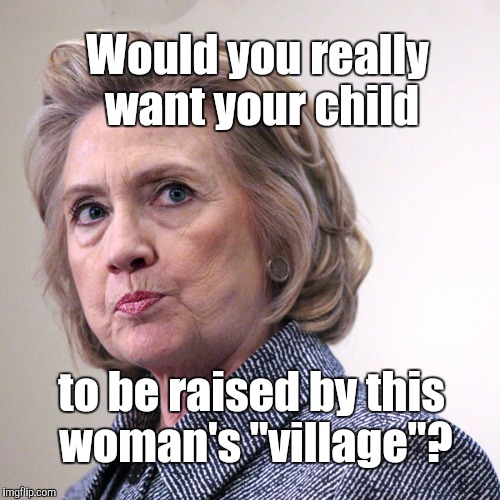 It takes a village to ruin everything: how elite problem-solving works

Here is a formula for you: “smaller problem, bigger solution.”

It’s quite an elite formula, and I’ll explain it as I go along.

“Some even believe we are part of a secret cabal working against the best interests of the United States, characterizing my family and me as ‘internationalists’ and of conspiring with others around the world to build a more integrated global political and economic structure—one world, if you will. If that is the charge, I stand guilty, and I am proud of it.” (David Rockefeller, Memoirs 2003)

In a future sea of darkness, the islands of light, toward which people desperately grope, are clusters of buildings occupied by mega-corporations and government agencies.

To achieve a measure of survival, people seek those islands and the jobs that come with them.

When you sign on and are accepted, you pledge a loyalty that knows no bounds, because there is no viable alternative. You cease worrying about the crimes your employer is committing, because you are safe, you are out of the darkness, and you want to stay there.

What would cause this future to come to pass? Many answers have been offered. I’ll add a factor to the list.

It concerns a method of problem-solving. Here is the premise: if a problem crops up, solve it by enlarging the scope of the relevant factors.

More precisely, ARTIFICIALLY enlarge the scope of the relevant factors.

This is Elite Problem Solving.

In 1996, Hillary Clinton’s book, It Takes a Village, appeared. In it, she argued that a whole community must solve the problem of raising a child. Of course, this was pretentious nonsense. It runs parallel to the idea that no entrepreneur can prosper without infra-structure that is built with public money, and therefore the entrepreneur and his output should be the property of the state.

Starting with the individual child, Clinton offers a solution that encompasses a town or a community or even a city…or who knows…maybe a planet.

But the original problem isn’t solved (if it was a problem to begin with), and the solution is an artifact designed to regulate a larger environment. To put it another way, Clinton’s model makes it necessary to put everyone under the gun because a child may be a problem.

Problem: a gaggle small fish might be wiped out by allowing water from rivers to irrigate farmland. Solution: we must consign the whole valley of farms to eternal drought.

If the free market gives birth to 12 million companies and corporations, this creates the “problem” of uninspected potential crimes. Therefore, we have to put the world under the regulatory eye and nose of agencies, whose ultimate objective is to wipe out those enterprises, or weaken them to the point at which they will be absorbed in much larger corporations—until, finally, there are 400 mega-corporations that are responsible for 80% of all international trade and production.

Of course, when 400 corporations do constitute the productive engine of Earth, they will have bought off governments so they can do exactly as they like. They will partner with governments to share the spoils. Which was part of the idea in the first place.

Again, the method is: whatever the size of the original purported problem, make the solution bigger and more encompassing.

If one gun (fired by one person) killed one person, confiscate all guns everywhere.

Here is another example: if you foment and prepare and fund and supply a war between two major powers, in the aftermath you will solve the problem of reconstruction by welding those powers together as one Complex…in which case, you end up with larger unified organizations than when you started, and you control that unified whole.

In Europe, that whole is called the totalitarian European Union.

Look at the opposite strategy, which is no longer held to be viable: you create self-sufficiency wherever possible. Responsible self-sufficiency. Most people don’t have a clue what that means.

Suppose you started a small nation. You would be faced with the problem of survival. How would you solve that? You could forge all sorts of relationships with other countries in the areas of trade, loans, and purchases of material…except you know that these other nations are corrupt beyond the telling of it. Their governments are corrupt, their economies are corrupt, their leaders are criminals. Do you opt for this larger entangling solution, or do you decide to make do with what you have and innovate and work your way toward the objective of your own national self-sufficiency?

If you opt for the second choice, what happens? It has rarely if ever been tried. These days, you would be accused of isolationism and, at the very least, “exiled from the world community.”

And yet, theoretically speaking, if you could survive and prosper as a new nation, dedicated to inculcating the self-sufficiency of every citizen as a long-range goal, you would stand as a shining example to the rest of the world. You would have made the great experiment with freedom work. This was, in a way, what the original American Republic was built to achieve, before it was subverted, three or four minutes after the Constitution was drawn up.

During World War 2, members of the Council on Foreign Relations were tasked with setting out a plan for the creation of the United Nations, the grand global solution to war everywhere at all times.

As we have seen, its emerging agenda has been a covert op to control many facets of human life in all nations, under the rubric of “sustainability.”

In 1988, two UN agencies that seemed to have little power, the World Meteorological Association and the Environmental Programme, created the Intergovernmental Panel on Climate Change (IPCC). The IPCC went on to spearhead the drive to convince the world that man is causing so much atmospheric warming, civilization will soon end if the UN doesn’t radically reorder the behavior of all societies and individuals. And the UN mantra is: “the science is settled.”

A child in a classroom fidgets in his chair and looks out the window. He doesn’t respond immediately when the teacher asks him a question. Well, this child needs to be “solved.” For that, a school counselor is brought in, who in turn recommends a psychiatrist. The psychiatrist makes a diagnosis of ADHD, which doesn’t exist. There is no test for it. The child takes Ritalin, and within eight weeks falls into a funk. The psychiatrist diagnoses this as a new emerging condition, clinical depression, rather than an understandable reaction to Ritalin. He prescribes one of the SSRI antidepressants. Two months later, the child cuts himself. The psychiatrist, ignoring the fact that these SSRI drugs are known to cause suicide, decides to prescribe an even stronger chemical, one of the so-called antipsychotics. The parents refuse to allow this. Child Services is called in. They interview the parents and suggest that a charge of medical neglect could be brought against them, in which case the child might be taken from the home and put into state-sponsored foster care.

It takes a village. An overbearing criminal village.

An innovative but struggling company, Silk, which markets organic soy products, sells itself to Dean, a giant agribusiness corporation. Dean turns around and begins buying cheaper soy from China, rather than from the US organic farmers who were supplying Silk. Some of those US farmers go out of business. This is called “free trade,” and is justified by the claim that we’re all living in One World, and the sovereignty of nations is merely an outmoded fiction. Loyalty to one’s own country is scoffed at as “primitive.”

Here is Richard Bell (pseudonym) (16 interviews, 132 pages with Richard in my collection The Matrix Revealed), a former financial insider: “Someday, up the road, a few of these agribusiness corporations will merge into a super-entity. Then what will we have? Is this still the free market? Of course not. The level playing field no longer exists.”

“And here’s the kicker: overall food production declines. Government pension funds and banks are INVESTED in the stock of that super-agri-entity. They want to see that stock price rise. They’ll do NOTHING to interfere with that.”

“Agriculture becomes a closed system. The whole idea is to make it look like free-market capitalism, when it isn’t. It turns out that you need separate nations to have capitalism. You need tariff protections. You need nations that figure out how to move toward self-sufficiency. You won’t learn these principles in college courses. You’ll learn just the opposite.”

We have been sold a fiction. Time and time again we have been told that no nation can exist and survive on its own. Self-sufficiency is a foul and selfish myth. Every nation needs vital resources it doesn’t have. It can only obtain them from another country.

This presupposes that the ingenuity and imagination of the human mind is limited in what it can devise. Which is the biggest lie of all.

Discrediting the notion of self-sufficiency is the cornerstone in the building of Globalism.

Why do you think we are bombarded with stories and pictures of poverty around the world? Why do you think stories of celebrities adopting babies from “The Third World” are given such wide play? Because our so-called leaders really care? This op has as its goal fostering the amorphous conviction that everyone must pitch in to help everyone at all times everywhere.

And THAT sets the stage for what? Not share and care. Not a better world. No. It sets the stage for mega-corporations and their partner governments and banks, backed up by intelligence agencies and armies and “missionaries,” to enact their Great Solution: global control, management, governance.

The celebrity, bouncing her new adopted baby on her knee, says, “I know, in the end, when all this is done, our leaders will make it a better world. I know they will. Share and care will win.”

But that’s not the plan. It never was.

You can find the elite formula in many places: “smaller problem, larger solution.”

The smaller problem leads to a grand solution that encompasses far more than the problem ever touched.

In other words, it’s a fake solution dressed up to look like the real thing.

Source: It takes a village to ruin everything « Jon Rappoport’s Blog