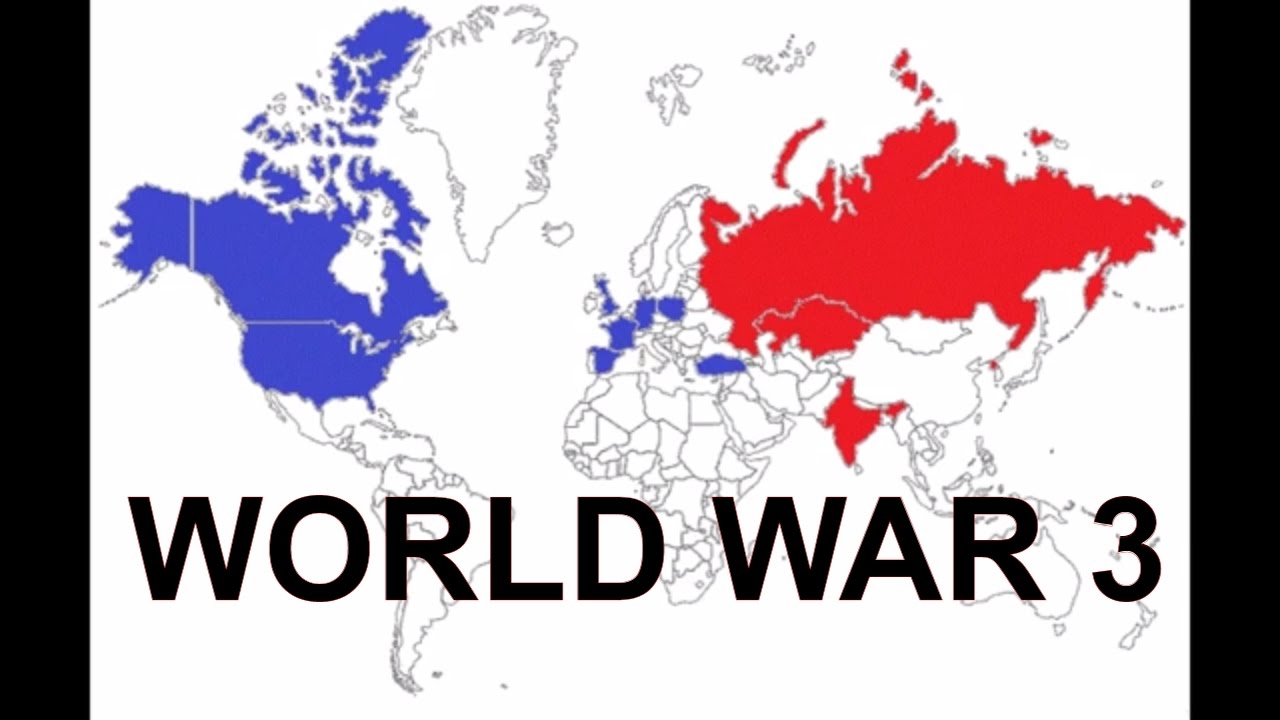 “The Roots of Violence: Wealth without work, Pleasure without conscience, Knowledge without character, Commerce without morality, Science without humanity, Worship without sacrifice, Politics without principles”: Mahatma Gandhi: Indian leader, 1869-1948

The problem with most American warmongering fanatics is that they have never had war waged around them and their families, unlike most of the rest of the world’s peoples. Once these ‘exceptional’ warmongering fanatics find their cities and homes being bombed out of existence, they will be singing a much different tune.

The vast majority of Americans, over the past century-plus, have become mindless, gutless wonders (herd members); they are self-absorbed, lacking in character weaklings and cowards who are afraid of their own shadows. And most of these warmongering spoiled brats believe assholes like Trump and ASSociates, when they tell them that the US could survive a nuclear war, while wiping out all of its ‘enemies’.

The following article describes America’s nuclear arsenal. What it does not describe is China and Russia’s combined nuclear arsenals. There will be no America, Russia, China or world left, when these real weapons of mass destruction are finally used. And I have little doubt that, sooner or later, they will be used, since the lunatics have been and still are in charge:

Here’s Every Nuclear Weapon in the US Arsenal

By Union of Concerned Scientists

There are enough nuclear weapons in the US arsenal to blow up the planet several times.

The explosive capacity (blast yield) of one W87 thermonuclear bomb is 300 kilotons of TNT, namely 20 times that of the “Little Bomb” (15 kilotons of TNT) dropped on Hiroshima on August 6, 1945, which resulted in the death of 100,000 people in a matter of seven seconds.

The World is at a critical crossroads. A nuclear war would be terminal. Why is it that there is no anti-war movement following Trump’s statement to destroy North Korea?

A war against North Korea could escalate into a broader war involving Russia and China.

A nuclear weapon—the most destructive device on Earth. The US nuclear arsenal includes over 4,600 weapons.

These weapons are unlike any other.

{Sojourner note: as much as I appreciate these scientists speaking up here, I wish they and their predecessors would take responsibility for this nuclear mess, since it is solely theirs. Humanity would not be faced with this threat, and so many, many more, if it hadn’t been for scientists creating these kind of nightmare weapons. Remember this FACT/ABSOLUTE TRUTH the next time you start worshiping at the alter of ‘science’. Because in the end, it may be your precious ‘science’ that will have destroyed humanity and the planet!}

Here’s an average one, the W78. (image right) It causes a mile-wide radioactive fireball and can destroy most buildings—and humans—in a circle about 4 miles wide. 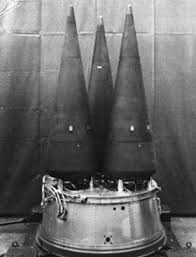 Hundreds can be launched within minutes.

About 400 nuclear-tipped missiles are stationed underground in Colorado, Wyoming, Montana, Nebraska, and North Dakota. They’re staffed 24/7 and kept on hair-trigger alert, ready to launch if and when they receive orders from the president.

A single nuclear-armed submarine carries the TNT equivalent of roughly seven World War II’s. About 10 such subs are at sea at any given time.

Aircraft are armed too.

About 300 bombs and air-launched cruise missiles are deployed on air bases in the United States. Another 150 bombs are in Europe. All are capable of smaller, lower-yield explosions, which may increase the risk that they’ll actually be used.

The president can use them at any time.

As Commander in Chief, the president enjoys complete control over the US nuclear arsenal. No one in Congress, the judicial branch, or even the US military can legally prevent their use once the president’s order is given.

More are in storage.

Thousands of backup weapons are kept in storage—the so-called nuclear hedge. In total, the US maintains about 4,600 nuclear warheads and bombs.

New weapons on the way.

The United States plans to spend a trillion dollars to rebuild essentially all of its nuclear weapons and delivery systems. Experts fear that the plan, which includes new designs and capabilities, will fuel tensions with Russia and China and ultimately undercut US security.

So are we. There are too many weapons, and our policies and plans around them—hair-trigger, presidential authority, the trillion dollar plan—are simply too risky. 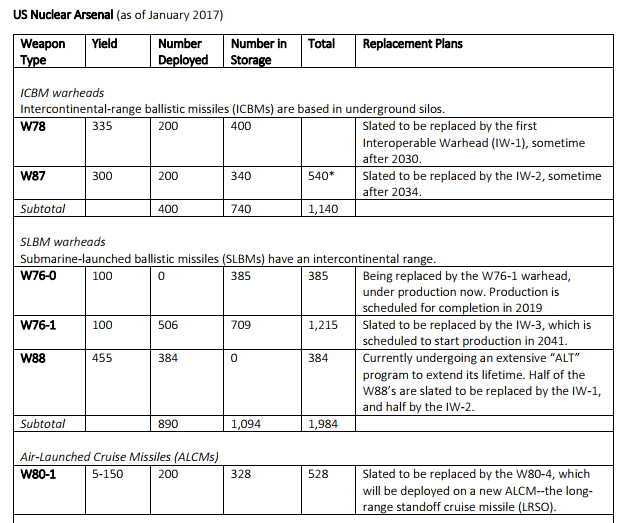 Source: Here’s Every Nuclear Weapon in the US Arsenal | Global Research – Centre for Research on Globalization