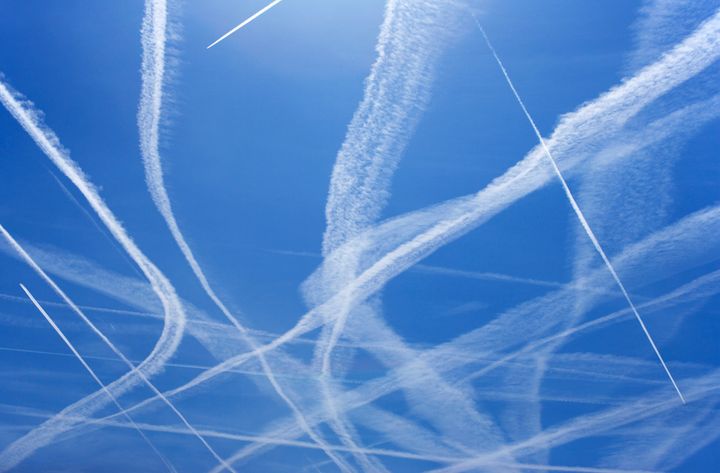 OVERCAST is a movie that every activist should watch in order to get the best arguments. Show it to your skeptical and unaware friends to wake them up. It is a film that gives the whole issue and movement the credibility, which is needed in order to stop this crime. OVERCAST has already been shown in over 12 film festivals worldwide.

OVERCAST: An Investigation into Climate Engineering, Chemtrails and Weather Warfare

OVERCAST is a groundbreaking documentary directed by Matthias Hancke and produced by Tristan Albrecht about a phenomenon that most of us would consider normal: Jet contrails that spread into clouds, covering the sky and blocking the sun. For some people however, these trails are the biggest environmental crime in the history of mankind.

Recent studies show that man-made cirrus clouds through flight traffic have a far bigger impact on climate change than previously assumed and are already described as unintentional Geoengineering.

OVERCAST brings light into a phenomenon that should be part of the public and climate debate, but instead has been mostly ignored so far.

The Swiss filmmaker Matthias Hancke worked on his first documentary OVERCAST for almost seven years. In 2007 he realized for the first time, that the man-made cloud cover was not a natural byproduct from aviation.

Therefore he started his investigation with the intention to finally get a conclusive answer for an ongoing geoengineering program.

Matthias conducted over 40 interviews in 10 different countries and spent 1,000’s of hours on research and investigation to find out more about aerosol spraying and why our public officials are not investigating it.

OVERCAST incorporated both sides of the controversy, the debunkers and established scientists as well as the activists. The film brilliantly shows how the debunkers debunk themselves with their limited argumentation and lack of scientific data.

For the first time in the movement’s history Matthias took samples directly out of the trails back in 2009. This research flight is not in the film but can be seen under the following link:

The other two flights are building the red line of the film. After the film was almost completed, a very rare study from the Swiss Federal Institute of Technology came out with some groundbreaking results; unregulated metals of aluminum and barium were found in the jet fuel, as described in many geoengineering patents (e.g. Welsbach, Huko).

OVERCAST is a movie that every activist should watch in order to get the best arguments. Show it to your skeptical and unaware friends to wake them up. It is a film that gives the whole issue and movement the credibility, which is needed in order to stop this crime. OVERCAST has already been shown in over 12 film festivals worldwide.

Here is the link to view the online version of OVERCAST, watch or get your copy now:

you can also watch the movie here:

Here is one more example (one of millions) of the Darwinian-eugenics mindset that permeates the Nazi/Zionist elite-swine and their privately owned stock of lowlife junk-science assholes: