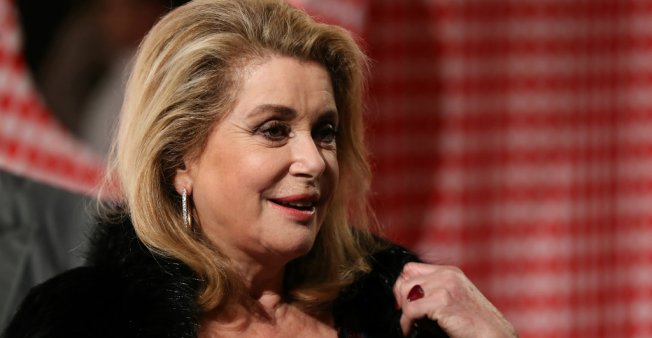 “We allow the most atrocious lies uttered by political and moral prostitutes to go unchallenged. These lies are endlessly recycled in the commercial media until they become ingrained in the public conscience as truth. Worse than burying our heads in the sand, we bury them up our collective ass. How do you like the view?: Charles Sullivan

Finally, true feminists from around the world are speaking out against the tyranny of the “#Me Too” mob’s witch-hunt:

I’m sorry, but a group of obscenely rich people agreeing to dress in black (designer black, that is) at a Hollywood awards ceremony in protest at a culture of sexual abuse and exploitation cannot be taken seriously within an industry that is the very embodiment of abuse and exploitation. Neither can the prospect be taken seriously of one billionaire (Oprah Winfrey) challenging another (Donald Trump) for the White House in 2020 and, with it, the keys to the kingdom of despair that is America.

In a very real sense, Hollywood distracts the American people while Washington extracts more and more of its wealth and rights in conjunction with Wall Street and the corporations that really call the shots. In other words, as long as the cultural junk food that Hollywood delivers on a perennial basis continues to feed the insatiable appetite for escape from an ever more brutal and grim reality, the rich and the corporations will continue to make like bandits when it comes to garnering more and more of the nation’s wealth…

Oprah for president in 2020: Time to rename the White House the Celebrity House

Just one day after the #MeToo movement dominated the Golden Globe Awards in Los Angeles, with the full complicity of the Hollywood celebrity audience and corporate-controlled media, its sexual witch-hunt campaign has received a major rebuff.

In a comment published in the French newspaper Le Monde January 9, entitled “We defend the liberty to inconvenience people, which is indispensable to sexual liberty,” 100 French actresses, intellectuals, and professionals expressed their opposition and hostility to the #MeToo movement, its anti-democratic modus operandi and its attempt to intimidate, silence and destroy its male victims and their careers.

Their document follows hard on the heels of the publication of a column by American critic and novelist Daphne Merkin in the New York Times, one of the main platforms for the #MeToo witch-hunt, expressing major misgivings about the campaign, and conceding that, even within its target demographic, including readers of the NYT, there were numbers of opponents.

The French comment counterposes the crime of rape, to “persistently or clumsily hitting on someone,” and correctly insists that the two are simply not the same. It attacks #MeToo for branding as “traitors” and “accomplices” those who make such a distinction, creating a climate of intimidation, where freedom of speech “is today turning into its opposite.”

Importantly, it emphasises the profoundly anti-democratic nature of the #MeToo movement and its total repudiation of due process and natural justice.

The campaign had led, in the press and social media, to “public denunciations and indictments of people who have been denied the right to reply or to defend themselves, and have been put on the same level as sexual aggressors. This summary justice has already claimed victims, men who have been disciplined in their professional life, forced to resign, etc., when their only fault was to have touched a knee, tried to steal a kiss, spoken of ‘intimate’ things at a professional dinner or sent messages with a sexual connotation to a woman for whom the attraction was not mutual.”

Far from developing women’s independence, the witch-hunt served “the interests of the worst enemies of sexual liberty, religious extremists, the worst reactionaries …” Its victims have been forced to “beat their breasts and to search, looking back in the deepest recesses of their conscience, for ‘inappropriate behavior’ from 10, 20, or 30 years ago for which they must repent. Public confessions, the incursion of self-appointed prosecutors into private lives—all of this sets up a climate like a totalitarian society.”

The comparisons drawn between the conduct of the #MeToo movement and the actions of repressive regimes, are particularly apt. And the implications are dire: censorship throughout the arts, repression of all forms of opposition to the status quo; and immense damage to sexual relations between women and men.

“The purifying wave seems to know no limit,” the authors write, referring to the current censoring of sexually explicit artworks: a nude by Egon Schiele, a Balthus painting, demands to ban a Roman Polanski retrospective, the postponement of another one on director Jean-Claude Brisseau, attacks on the film Blow-Up by Michelangelo Antonioni and writers being instructed to rewrite their works to conform with the demands of #MeToo.

The depths of absurdity being plumbed by the campaign find consummate expression in the fact that “a draft law in Sweden … wants to require explicitly notified consent for all candidates to a sexual encounter!”

And where will this lead?

“A little bit more, and two adults who want to sleep together will have to first check, via an app on their telephone, a document in which the sexual practices they accept and those they refuse will be duly listed.”

The document boldly defends “the liberty to offend as indispensable to artistic creation,” and the “liberty to inconvenience, which is indispensable to sexual liberty,” explaining that the signatories are sufficiently “experienced” and “clear-sighted” to know “not to confuse being hit on clumsily with being sexually assaulted.”

Moreover, they emphasize that humans are not monolithic. “[A] woman, in the same day, can run a professional organization and enjoy being the sexual object of a man, without being a ‘whore’ or a filthy accomplice of the patriarchy. She can make sure her salary is equal to that of a man, but not feel traumatized for life by a groper in the subway, even if groping is considered a crime. She can even see this as the expression of great sexual misery, or simply a non-event.”

The decision of the document’s authors and signatories to take a stand against #MeToo and similar reactionary campaigns is a courageous political act. Predictably, it has been denounced by leading #MeToo figures, including Italian actress Asia Argento, who tweeted Tuesday:

“Deneuve and other women tell the world how their interiorised misogyny has lobotomised them to the point of no return.”

The French statement, however, has also been praised and widely shared on social media.

“I am so, so grateful to Catherine Deneuve and the other wonderful French actresses, writers, doctors and I’m sure women and men of many professions who signed this letter. We are letting the media be the dictator of the Western world. Some of these accusations seem almost hellbent on creating a chasm between men and women; as though they want women to ‘fear’ men. This is extremely demeaning to women.”

“This whole #MeToo BS is reeking with wealthy snobbish women inciting hateful, sarcastic indirect and direct attacks on men, both guilty and innocent on almost every level… [W]hen you get a Golden Globe (for what it’s worth) awards show and the damn show becomes more of a political showcase than an actual show celebrating the craft of film, then there is a bigger problem that needs to be addressed and remedied….. I really hope the Oscars don’t become a freak propaganda show like the Golden Globes were!”