“The civilized have created the wretched, quite coldly and deliberately, and do not intend to change the status quo; are responsible for their slaughter and enslavement; rain down bombs on defenseless children whenever and wherever they decide that their “vital interests” are menaced, and think nothing of torturing a man to death: these people are not to be taken seriously when they speak of the “sanctity” of human life, or the “conscience” of the civilized world”: James Baldwin – Source: page 489 of COLLECTED ESSAYS (1998), from chapter one of “The Devil Finds Work” (orig. pub. 1976)

“Do as we say, not as we do!” is not only the rationale/modus-operandi of most American parents today, it is also the rationale of their dying hypocritical empire:

The great US disinformation double standard 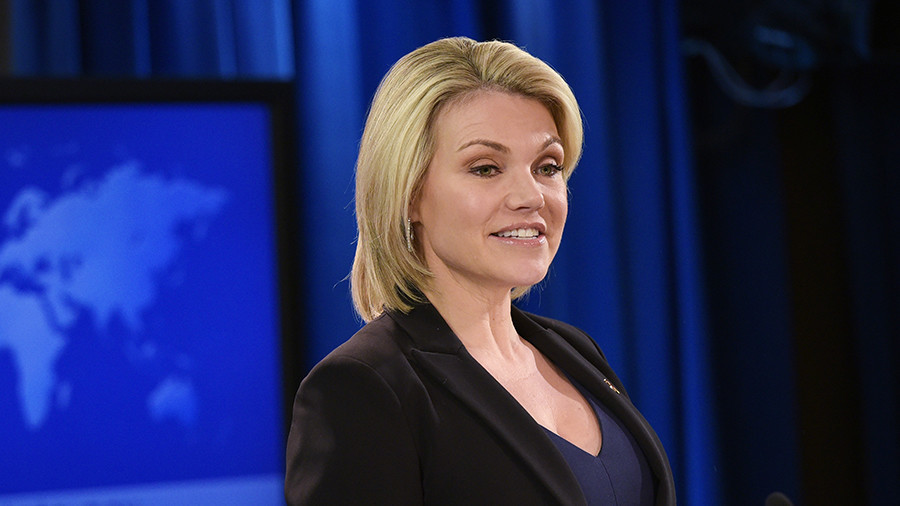 The Trump administration is launching yet another offensive aimed primarily at Russia, this time adding tens of millions of dollars to a State Department budget to undertake a major disinformation campaign.

It will be doing the very thing it has accused the Russian government – without any convincing evidence to date – of doing in an attempt to sway opinions of American citizens most recently in the 2016 US presidential elections.

The allegation has led to US indictments of 13 Russians supposedly for using nothing more than social media without any evidence of tampering with the election process. To launch this offensive disinformation effort, the Defense Department will provide some $40 million to the State Department’s budget for its so-called Global Engagement Center, or GEC.

The GEC originally was created during the Obama administration to counter foreign terrorist and extremist group propaganda. However, the GEC’s mandate has been expanded to counter what the State Department perceives to be calculated disinformation initiatives of foreign state and non-state actors and individuals.

The GEC will award millions of dollars in grants from its Information Access Fund to yet unspecified public and private outlets, which will include “society groups, media content providers, non-governmental organizations, federally-funded research and development centers, private companies and academic institutions,” according to a State Department statement.

The effort will have all the appearances of an aggressive disinformation campaign of its own without public oversight, launched by a myriad of unidentified entities that undoubtedly will be aimed at the internal affairs of other countries.

“The funding is critical to ensuring that we continue to malign influence and disinformation and that we can leverage deeper partnerships with our allies, Silicon Valley and other partners in this fight,”said. Undersecretary of State for Public Diplomacy Steve Goldstein. “It is not merely a defensive posture that we should take. We also need to be on the offensive.”

The US government will be conducting disinformation warfare, doing what it accuses others of doing, presumably under the auspices of the American intelligence services. In effect, the GEC could become a front for funneling funds to the intelligence community to orchestrate a massive disinformation initiative through private entities without any public oversight.

Such an effort would constitute an aggressive form of not only disinformation but also cyberwarfare that the US accuses others of doing.

Interfering in US elections isn’t the same as the US doing it in other countries, according to Ashton Carter, a former secretary of defense during the Obama administration. Really?

Carter was speaking at the recent World Economic Forum in Davos, Switzerland. He tried to make a far-fetched distinction between the US launching disinformation and cyberattacks on other countries, and others doing it to the US.

“We conduct espionage on the internet,” Carter tried to explain. “And when we’re spied on, I don’t complain. I am unhappy with it because I wish we had not had our secrets stolen. But I put it into a different category. Covert action… is not espionage. It has the effect of harming.”

However, examples of overt and covert US disinformation and cyberattacks on other countries are legion…

Sources, links and the rest of the article can be found here: