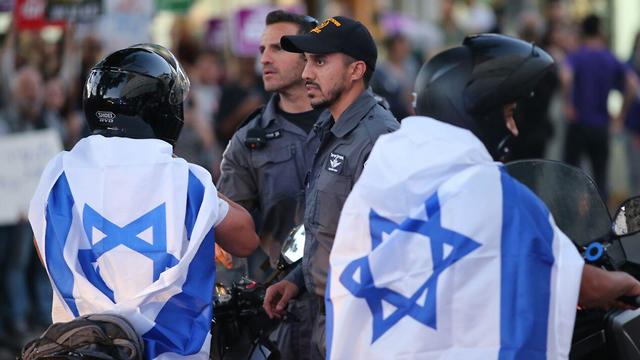 As I’ve stated many times before, I do not stand with those who hate Jews, and condemn them along with the Zionist rogue state of Israel. This article, like the prior one, reveals that there are many Jews, in Israel and elsewhere around the world, who do not support the illegal and genocidal regime in Tel Aviv.

Although I hold to no religion, and have problems with the major religions in particular, the enemy we are all being threatened by is Zionism/Christian-Zionism, not Judaism:

Activists at Tel Aviv Demo Say ‘Gazans Searched for Freedom,Got Shot’. “Not in Our Name”

In a bitter irony, while the Western media through deliberate omission provided a biased analysis of the massacre committed by Israeli forces, in contrast segments of the Israeli media have nonetheless tacitly acknowledged the crimes committed by the Netanyahu government.

Below is a Y-net news report by Itay Blumenthal on the protest movements in Tel Aviv under the banner: “Stop the gunfire”, and “Two peoples, one hope”

Below are excerpts of the article. To read the complete article click here

Hundreds of people protested in Tel Aviv Sunday evening, demanding an end to the escalation of violence on the Gaza border and calling for a peace process to end the Israel-Palestinian conflict.

Protesters carried signs bearing various slogans, such as “There’s another way”, “Stop the gunfire”, and “Two peoples, one hope” while some Palestinian flags were hung.

The protesters in Tel Aviv were comprised of activists from Standing Together, Another Voice, Combatants for Peace, Peace Now, The Forum for Bereaved Israeli-Palestinian Families, Hope Instead of War, Meretz, Breaking the Silence, Hadash, Zazim and Gush Shalom. 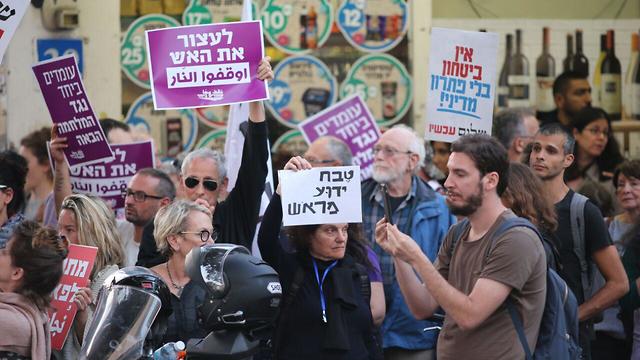 “During the festival of liberation, Gazans came to search for their freedom and came under live fire,” said Hadash activist and MK Aida Touma-Suleiman from the Joint List. 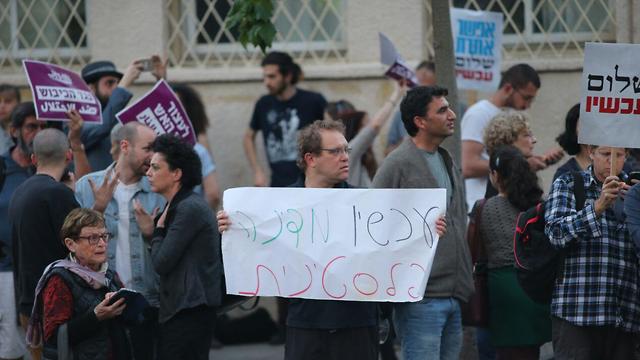 “The Bibi-Lieberman government prepared the ground for the slaughter and fired without blinking at the civilians, at the children and women who were looking for their freedom,” she added. “We stand here in the heart of Tel Aviv to say not in our name. Enough with the wars, enough with the killing.” … 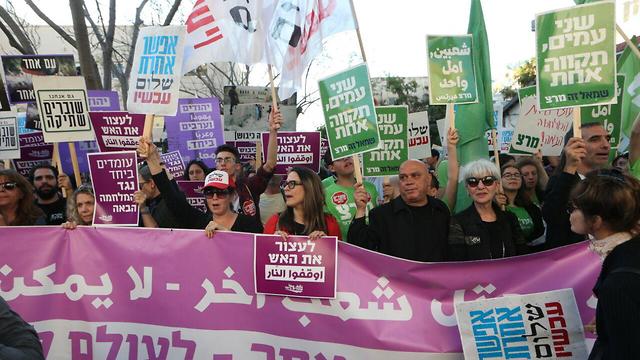 “We demand that these incidents are investigated … but an investigation is not enough,” he continued. “We must change direction. We cannot continue to ignore the turmoil and threats in Gaza. We demand that the government stop this escalation and the incitement.” 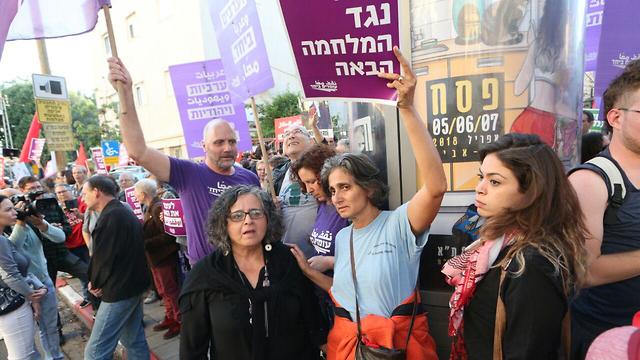 Featured image is from Motti Kimchi.

The original source of this article is ynetnews.com
Copyright © Itay Blumenthal, ynetnews.com, 2018