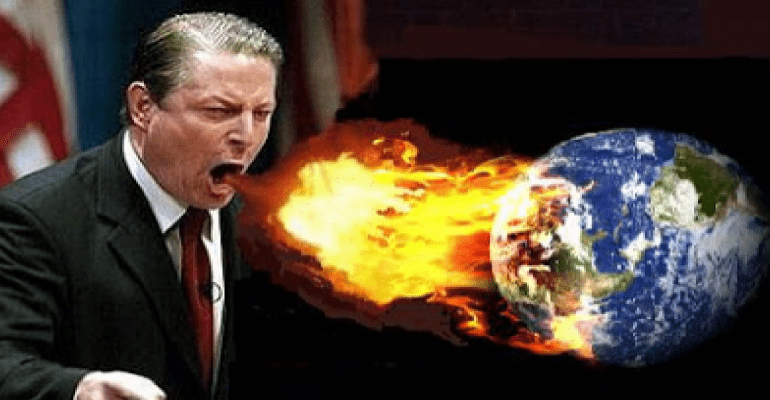 Climate change scientists tout “benefits” of geoengineering (chemtrails) in renewed push to pollute the atmosphere, dim the sun and freeze the planet:

(Natural News) It’s no longer debatable that scientists are advocating the mass pollution of Earth’s upper atmosphere in a foolish effort to halt so-called “climate change.” The agenda is openly admitted in science journals like Nature Climate Change, which recently published this study by Peter Irvine and colleagues:

The paper isn’t debating whether geoengineering (chemtrails) is a real concept; the entire paper is focused on the question of how much pollution of Earth’s atmosphere is the right amount?

In other words, it has already been accepted that polluting the atmosphere (geoengineering) is an accepted, mainstream science protocol which advocates claim will halt so-called “climate change.” (They are insane, of course. See more below…)

Note carefully that every science quack in the media — actor Bill Nye, accused rapist Neil deGrasse Tyson and every “skeptic” troll on Wikipedia — has long insisted that geoengineering isn’t real. Chemtrails aren’t happening, they say, and nobody is trying to pollute the atmosphere. This is how they run their scam: Deny, deny, deny until one day that rewrite history and claim geoengineering was always considered “good science.” (Someone owes the independent media an apology, given that the very idea of geoengineering has been mocked for over a decade, yet now it’s suddenly advocated in mainstream science papers.)…

{Sojourner note: corporate-owned psychopaths playing god are the reason our weather and climate, worldwide, have been turned into a never-ending nightmare!}

It’s time to challenge the steady diet of bias, false information and alarmism on climate change that students are fed in and outside of their classrooms. Science and public policy analyst Dr. David Wojick has launched an important new project to do exactly that.

From kindergarten onward, our young people are repeatedly told that they, our wildlife and our planet face unprecedented cataclysms from manmade climate change, resulting from our fossil fuel use. The science is settled, they are constantly hoodwinked, and little or no discussion is allowed in classrooms.

They thus hear virtually nothing about the growing gap between computer model predictions and satellite temperature measurements; questions about data manipulation by scientists advocating the dangerous manmade climate change narrative; the hundreds of scientists who do not agree with the supposed “consensus” on manmade climate chaos; or the absence of any real-world evidence to support claims of carbon dioxide-driven coral bleaching, species extinctions, or the seemingly endless litany of ever more absurd assertions that fossil fuel emissions are making sharks right-handed, arctic plants too tall, pigs skinnier and salmon unable to detect danger, to cite just a few crazy examples.

Students are rarely told that the United States enjoyed a record 12-year absence of category 3-5 hurricanes making landfall between 2005 and 2017, or that 1944-1950 was the worst period in history for monster hurricanes hitting Florida. They’re not told the U.S. had 40% fewer “violent” (F4-5) tornadoes per year in 1986 to 2018 than in 1954 to 1985 – or that America did not have a single violent tornado in 2018, for the first time in history. Instead, they are misinformed that storms are becoming more frequent and intense.

They are rarely even told about the Little Ice Age, Roman and medieval warm periods, prolonged droughts throughout history, or the critical roles of fluctuating solar energy, periodic oscillations in Pacific and Atlantic temperatures and currents, and other major natural forces that have driven climate changes throughout Earth and human history.

Quote from the following article:

“The whole phenomena of climate scientists identifying evil enemies who have obstructed revolution, transformation, restructuring is not reality-based, but a reflection of power fantasies & a complete lack of understanding of how political and societal change actually happens.”

JC antidote: focus more on being a scientist than being a politician. You might know what you are doing as a scientist. You are very unlikely to be effective as a politician, and your political activism will contribute to the appearance bias in your scientific research.

Can anyone tell me why these pseudo left types are always so fucked up, mentally and emotionally? What is it with these old and young easily-triggered snowflakes/infants? At least the warmongering right assholes, as bad as they are, don’t go insane every time something does not go their own way. It seems to me that the pseudo left is like a woman suffering from chronic/never-ending ‘pms’.

I have a few suggestions for the pseudo left snowflakes out there: FIRST AND FOREMOST, GROW THE FUCK UP! AND THEN SECOND, SHUT THE FUCK UP! AND THEN LASTLY, LEARN HOW TO LISTEN TO AND COMPREHEND A DISSENTING OPINION/ARGUMENT, FOR ONCE IN YOUR INFANTILE EXISTENCE! They used to put whiny-ass neurotics like you away for a while, until those particular folks had learned how to cope with reality. But of course, that was before these here united-states decided that more money could be made from prisons and prisoners than from sanitariums and the mentally-emotionally ill. So I guess you neurotic, easily-triggered snowflakes are on your own, “and good luck with all that”:

Mother Jones has a new article on the same topic It’s the end of the world as they know it: The distinct burden of being a climate scientist. The following scientists were interviewed: Kim Cobb, Priya Shukla, Peter Kalmus, Sarah Myhre, Jacquelyn Gill, Katharine Wilkinson, Eric Holthaus, David Grinspoon, Ken Caldeira.

Lots of ‘trauma,’ read the article to get a flavor. This sentence pretty much sums things up:

“There’s deep grief and anxiety for what’s being lost, followed by rage at continued political inaction, and finally hope that we can indeed solve this challenge. There are definitely tears and trembling voices.”

The title of the article is: “It’s the end of the world as they know it.” Some selected quotes:

“I’m tired of processing this incredible and immense decline”

” . . . knows of a looming catastrophe but must struggle to function in a world that does not comprehend what is coming and, worse, largely ignores the warnings of those who do.”

“I lose sleep over climate change almost every single night”

“Climate change is its own unique trauma. It has to do with human existence.”

In a tweet about the article, Lucas Bergkamp asked:

“How can these scientists produce any reliable, objective data?”

“I have anxiety exacerbated by the constant background of doom and gloom of science. It’s not stopping me from doing my work, but it’s an impediment.”

Apart from ‘impediments’, what about flat-out bias in research introduced by this extreme world view?

Not all climate scientists are similarly ‘afflicted.’ My previous blog post included statements from Suki Manabe and Gavin Schmidt, who were not afflicted in this way. The Mother Jones article includes statements from David Grinspoon, Ken Caldeira and Michael Mann, who also do not seem to be so ‘afflicted.’

In my earlier blog post, i discussed the concept of psychological hardiness, excerpts provided below:

And also inform yourself about psychological hardiness (something I learned from days at U. Chicago and hanging out with grad students in Salvatore Maddi’s group). Excerpt from Wikipedia:

The coping style most commonly associated with hardiness is that of transformational coping, an optimistic style of coping that transforms stressful events into less stressful ones. At the cognitive level this involves setting the event into a broader perspective in which they do not seem so terrible after all. At the level of action, individuals high in hardiness are believed to react to stressful events by increasing their interaction with them, trying to turn them into an advantage and opportunity for growth, and in the process achieve some greater understanding.

The ‘pre-traumatic stress’ thing clicked a link in my mind to my old U. of Chicago pal Colonel Paul Bartone, a military psychologist and a member of the hardiness group. The following paper seems relevant: A Model for Soldier Psychological Adaptation in Peacekeeping Operations. I think these concepts are relevant for what is going on with Parmesan et al. Seems like skeptics are more hardy?

The psychology of all this is probably pretty interesting, and worthy of more investigation. But Jeff Kiehl is right – whining scientists aren’t going to help either the science or their ’cause.’

Mann seems peculiarly hardy in this sense: “But Mann, who has had to contend with death threats and campaigns to have him fired from Penn State, derives motivation from being in battle.”

This ‘affliction’ of climate scientists seems rather trendy in some sort of ‘woke’ sense. If you do not aspire to such trendiness, what might you do to overcome this affliction?

“Professionally coping with grief is part of the job training for doctors, caregivers, and those working in humanitarian or crisis situations. But for scientists?”

To figure out how these afflicted climate scientists can become more hardy, it is useful to speculate on the reasons for their ‘affliction.’

Ignorance may play an important role. Few of the scientists interviewed are experts on attribution. They seem to blame everything on manmade climate change, and are extrapolating future consequences that are much more dire and with higher confidence than than those from the IPCC. Clearly an issue for Greta, but one would hope that actual climate scientists would dig deeper and be more curious and objective.

JC antidote: Apart from blaming anything negative on manmade climate change, take a step back and assess how the planet and the human race are actually doing. Take a look at humanprogress.org, or follow them on twitter @HumanProgress. Global life expectancy is increasing, global poverty is way down, global agricultural productivity is way up, global child mortality is way down, the planet is greening, etc. Heck, even the corals are doing really well, following the 2016 El Nino.

A lot of this affliction seems to be about ‘ego’:

“I had to face the fact that there was a veritable tidal wave of people who don’t care about climate change and who put personal interest above the body of scientific information that I had contributed to.”

“his anger was driven by the fact that his expertise—his foresight—was not broadly recognized.”

JC antidote: Try reading some literature on history, philosophy and sociology of science – you will become more humble as a scientist and less likely to believe your own hype. Read Richard Feynman. Hang out at Climate Etc. Listen seriously to a serious skeptic.

Having your ego wrapped up in having your research influence policy (frustrated policy advocates), keeping ‘score’ in a personal war against skeptics, seeking fame, generating book sales and lecture fees and political influence, etc. can all come into play in influencing how a scientist reacts to the ‘threats’ of climate change. Scientists might get ‘upset’ if they don’t think they are sufficiently successful at the above. This is something else — not pre-traumatic stress syndrome.

“The whole phenomena of climate scientists identifying evil enemies who have obstructed revolution, transformation, restructuring is not reality-based, but a reflection of power fantasies & a complete lack of understanding of how political and societal change actually happens.”

JC antidote: focus more on being a scientist than being a politician. You might know what you are doing as a scientist. You are very unlikely to be effective as a politician, and your political activism will contribute to the appearance bias in your scientific research.

All sources and links can be found here: